Start of "My Gold Star Family"

When you become a parent of an active duty Marine...Army...Navy...Air Force...Coast Guard, your life is different than all other parent's.

When your young warrior goes to war in a foreign country, as a parent you play a new supporting role.  While they are deployed generally you will have the Power of Attorney to help them concentrate on their mission.  You are a Blue Star Family and never want the experience a Gold Star Family.

The average age of Military at the entry level is 20 years old and you must understand some of the differences in the role they take on to understand a little of their sacrifice.  Most other kids at that age are in college 31 million between ages 18-24).  In the United States of America we have approximately 100,000 law enforcement officers and 1.5 million fire fighters.  In America, you can take a day off if you are sick and you have time that you can take off.  You can drop classes, quit school (though I would never recommend it).  You have those choices and so many more freedoms as a free society to do as you wish. 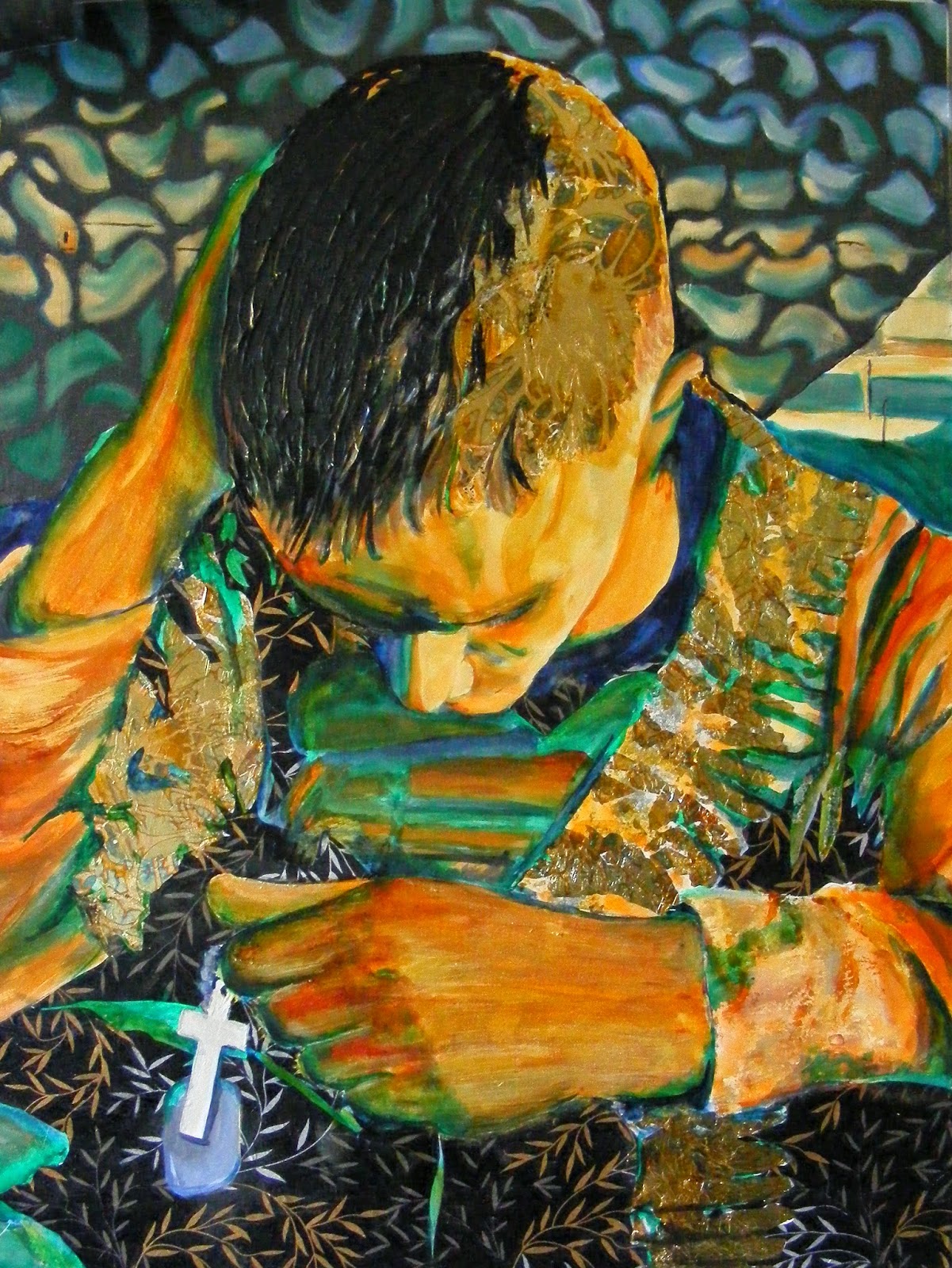 You pray a lot as a parent, sometimes several moments a day your thoughts steel away to warrior.  Forest told me I would receive a call 2 to 6 weeks and occasionally he would write.  We send care packages to remind them of this civilian life going serenely on here.  Bringing a piece of home to a very difficult place was something they all longed for as did us, when a letter would arrive.  One time I received a pair of sunglasses in a very dusty carton to replace under warranty totally crushed!  To me, a product of the very real war Forest was engaged in.  Still I longed for any news on how he was doing.  The 4:00 in the morning phone calls were not an inconvenience as I learned to place notes next to my phone, so his bleary eyed mom wouldn't forget to tell Forest.  War forever changed our roles for the good as I learned from my son what true sacrifice was all about.   I am a Blue Star Mom. 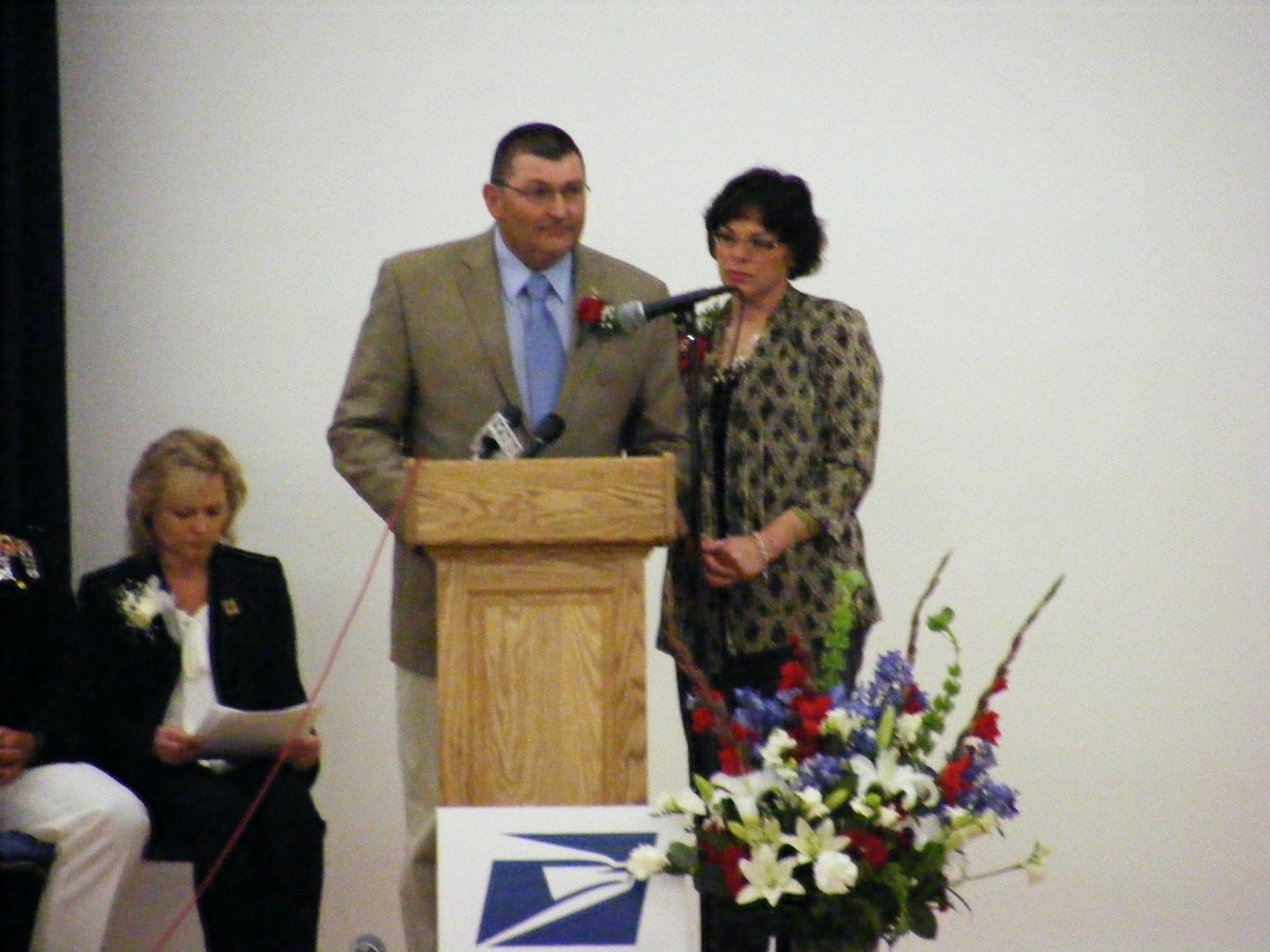 Now I am going to tell you about my Gold Star Parents and their ultimate sacrifice.  Meet Rick and Laurie, Proud Parents of Cpl Kyle Schneider, USMC, KIA.  For those of you who are not Military all those symbols and abbreviations are hard to understand.  Let me interperet Blue Star means a family that currently has a son or daughter in harms way.  A Gold Star means their son or daughter was killed in combat operations.  Kyle's rank Corporal-Cpl Kyle Schneider, United States Marine Corps-USMC, KIA-Killed In Action. 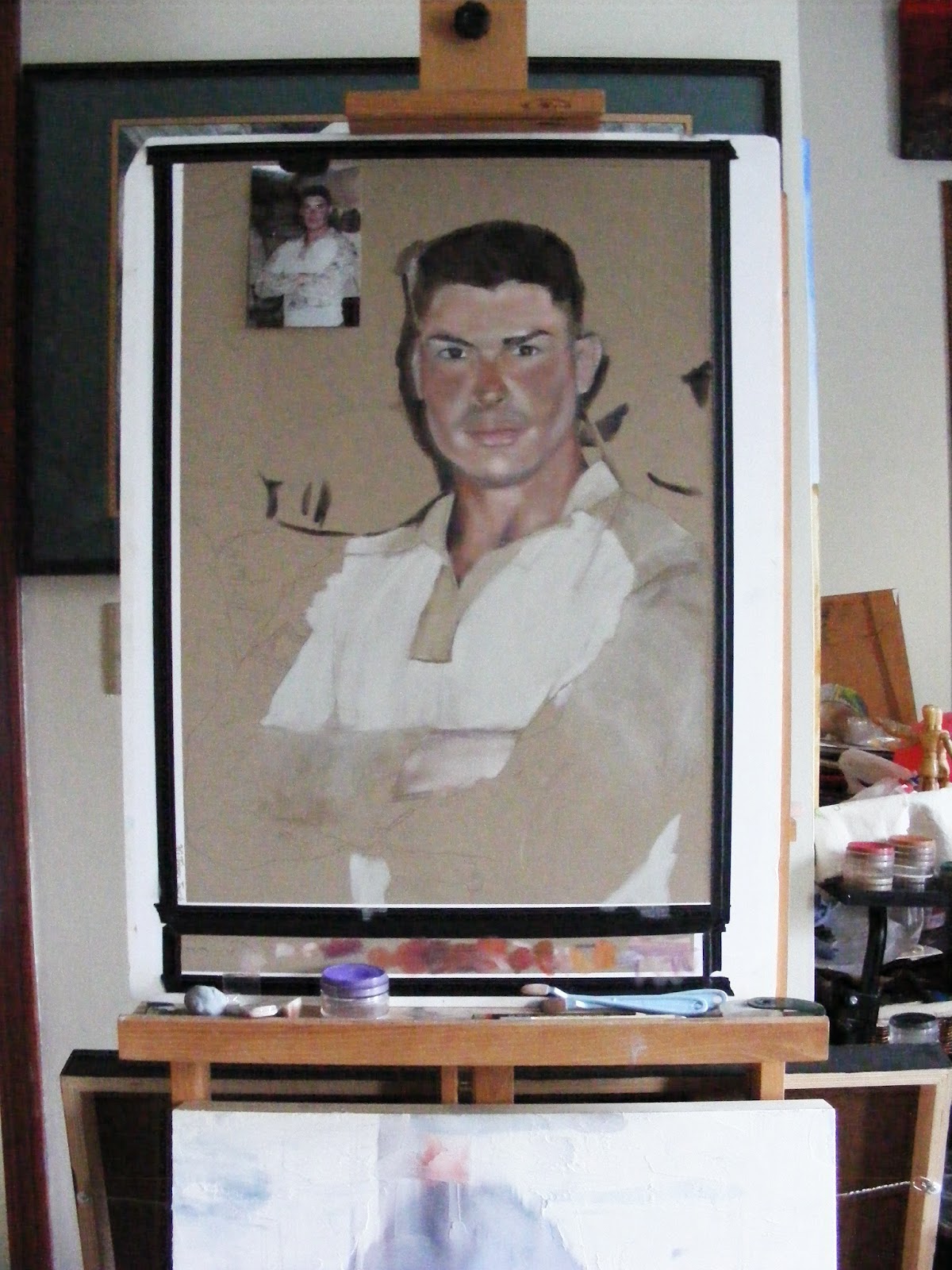 Today I am going to preview the start of "A Gold Star Family" and I will have more to post, now the business plan is finished for the EBV Foundation (take a look at the last two posts).  There are two portraits of Kyle.  Why?  Because there are two stories that need to be told from a parent's perspective and shared.  Kyle's dad Rick, was very fond of this photo as it depicted his son in a very strong and secure way in his stance and expression. That is the way a gold star dad remembers his son. 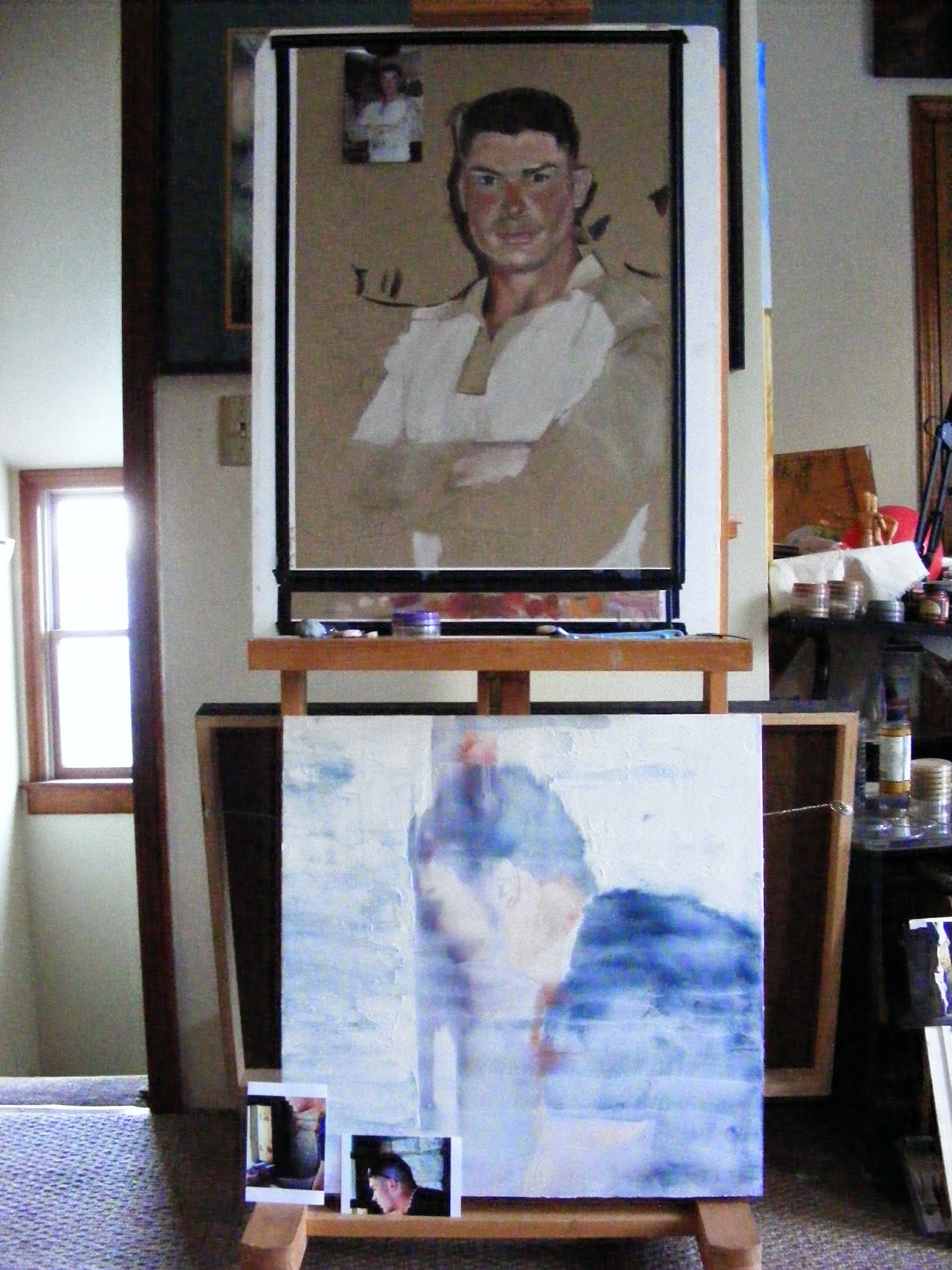 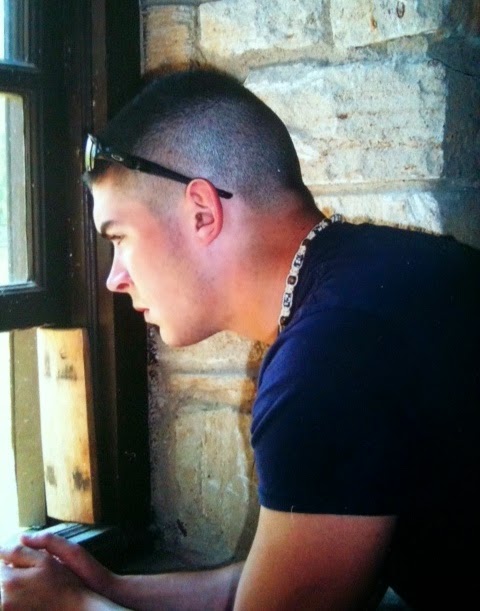 What you see here is the underpainting of a pastel start.  It lacks dimension right now but it will continue to take shape.  The lower painting is the base for a High Flow Acrylic painting and I will go into that later. 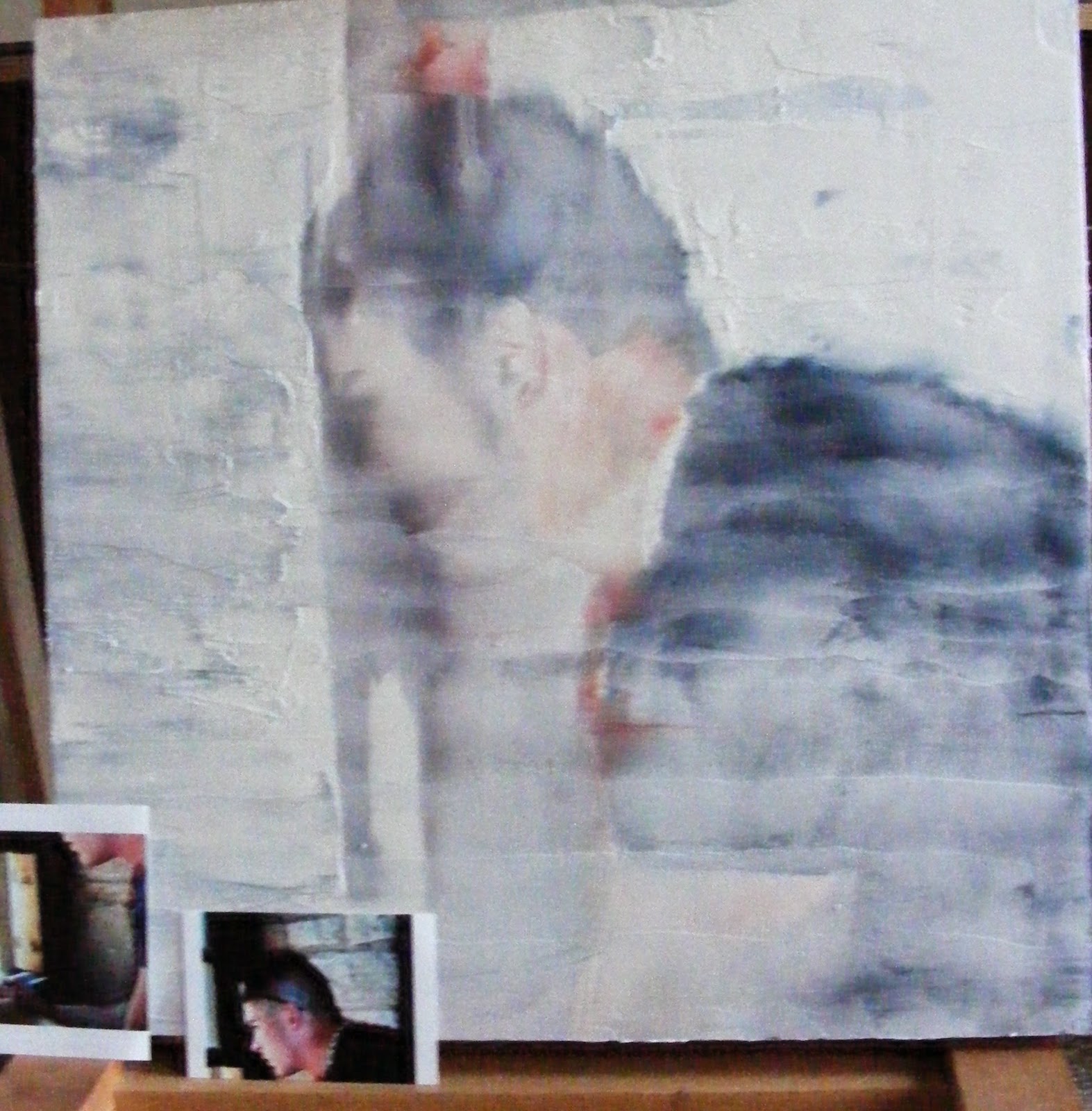 The lower will go into the series.  The pastel will go to Lori and Rick for their foundation.  The subjects in AMS-APP are unique and different facets of those who serve and this one will cover the Gold Star Parent and their beloved son Kyle who gave the ultimate sacrifice.  So in the posts to come you will learn more about the life of a heroe lived to the fullest here and Afghanistan.


Young men and women we shall never forget all they have done...


On October 24-25, "A Military Series - A Parent's Perspective", (Inc. still in process for the 501c3) will head to Atlanta, GA for Entrepreneur Bootcamp for Veteran's Families National Conference.  I will be competing among 51 competitors for a 90 second Venture Pitch, Venture Impacting Veterans, and Best Social Venture.  Just being there is an honor and another step into AMS-APP becoming the business that helps our Veterans and their families transitioning back home. Say a prayer, because this trip holds the key to the business being able to travel around the USA and help connect a lot of Veterans into their communities.


More to come for "A Military Series - A Parent's Perspective", Inc. in November with the CNY Veteran's Parade and Expo and the Marine Corp Ball in Syracuse!